Toasted bagel is topped with an herbed cottage cheese, heirloom tomatoes, and Parmesan for a perfectly light breakfast or mid-morning snack. 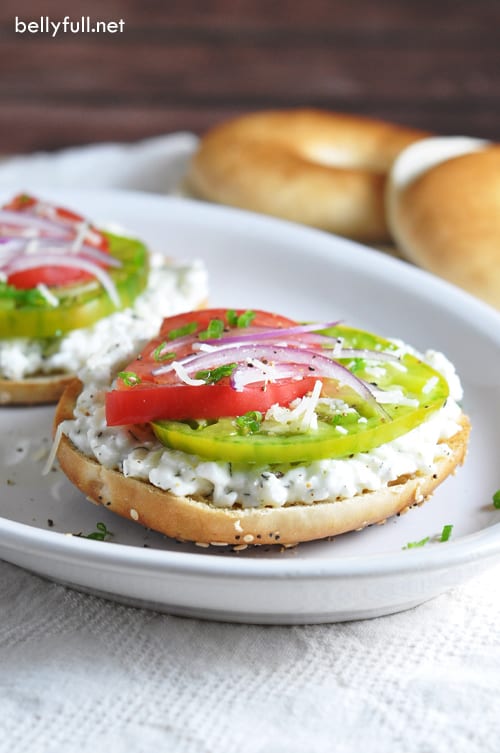 I’ve lost 10 pounds. I’m two pounds shy of what I weighed on my wedding day 11 years ago. Holla!

There’s no magic pill. There’s no quick fix. << Sorry. Just burn more calories than you take in. This, of course, takes a lot of work and dedication. A LOT. And you have to want it. Really want it.

I’m a small person by nature, but small people gain weight, too. And we feel lousy, too. And this job of mine? I love it so. But it’s not conducive to staying fit. 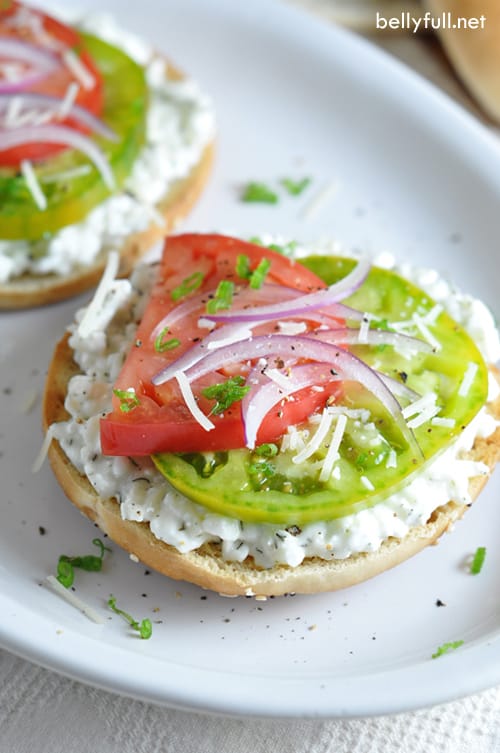 After my blogger retreat in May, a grocery chain asking me to do some on camera work, and not fitting into my spring capris, I reached my limit.

Paul got a Fitbit last Christmas, and he lost 35 pounds by April. I was super jazzed for him. And it was just the inspiration I needed. So, I got a FitBit, too.

For those of you who aren’t familiar with the FitBit, it’s simply a tracking device. You still have to be active, and lay off the Fritos. Boo :/ I know. But reaching your daily goals is SO satisfying! 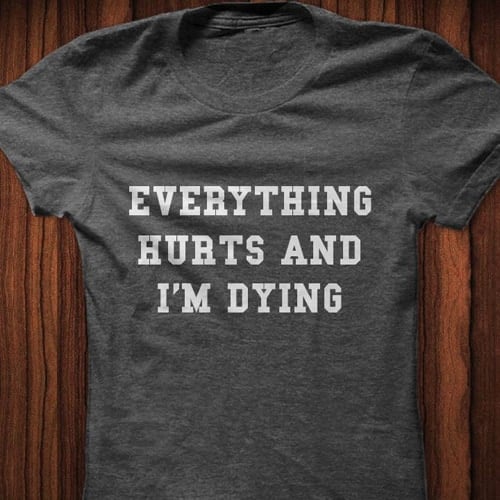 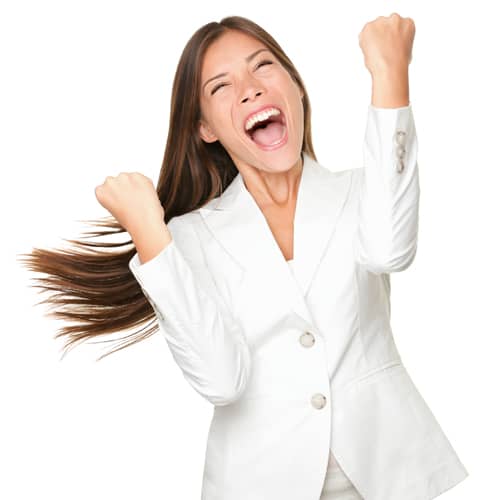 My original goal was 15k, then I quickly upped it to 18k. But there are several days during the week, I’m well over 22k.

Then there are days I don’t even reach my goal. And that’s OK. I just get back after it the next day.

I only wish the exercising was the hard part. Seriously. The eating. GAH! Dammit. God, I love food.

For the first time in my life, at 45, I’ve been tracking my calories. UGH. But, you know what, it matters. It’s crazy the awareness I have now, how many calories are in certain things. Like my favorite >> white rice. *cries* But I’m never ever giving that up. Just have to eat less of it.

NOTE: I do not deprive myself of anything! If I want a brownie, I’m going to eat that brownie. BUT, eating that brownie means I have to cut back somewhere else. Or exercise more. I usually opt for the latter. So, whenever I want to eat my pantry, I just go for a walk instead.

I hated the idea of monitoring my calories, but since I got a FitBit, I’m sort of addicted to it.

I was pretty good this summer, thanks to some of my favorite lower-cal breakfasts, snacks, and dinners.

This is one of my mid-morning loves. Hardest part is only eating one! #storyofmylife. 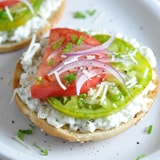 Don’t like cottage cheese? Use whipped cream cheese instead. When Heirloom tomatoes aren’t in season, regular tomatoes are a perfectly fine, too! 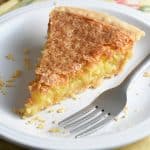 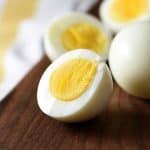 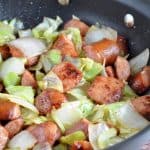