This spiral ham recipe delivers the most incredible flavored ham. Studded with whole cloves then coated in a simple glaze made up of honey, brown sugar, and orange juice. So perfect for Christmas, Easter, or any occasion! 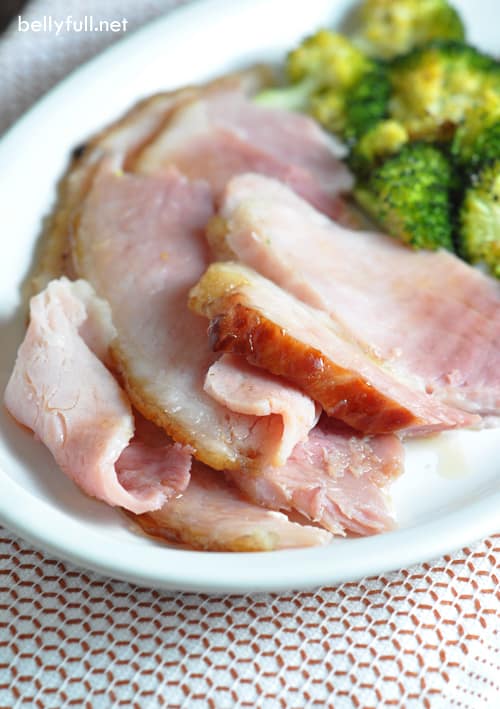 I don’t dislike it. It’s just…meh. Oddly enough, I love processed deli meat turkey. But maybe that’s because it doesn’t taste at all like Thanksgiving turkey. *shrug*

The kids don’t care for it, either.

For those reasons, I’ve secretly complained to Paul for years that I really want to make a glazed ham for Thanksgiving. But I was so afraid of the resistance I would get from the family. And then he said, “Who cares?” Lol. So simple. I love him. 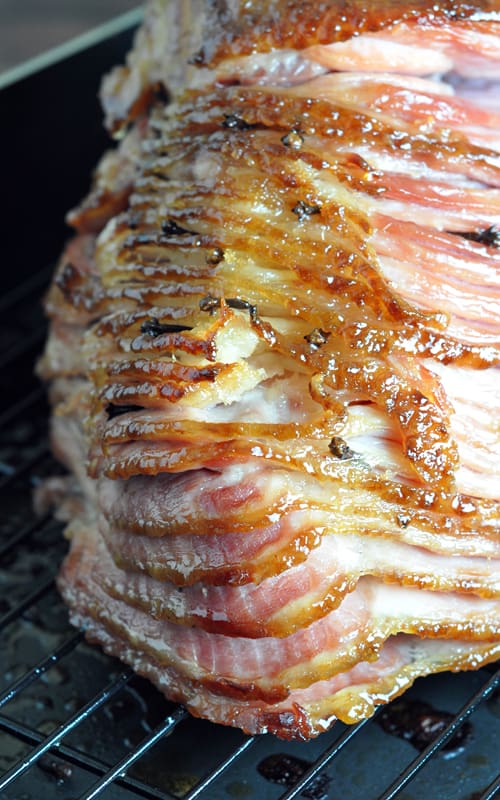 So, last year I did it. I told everyone I was making a this spiral glazed ham, scalloped potatoes, and snap peas. No stuffing. No yam casserole.

And nobody cared! (Well, almost nobody *cough*) All that fretting for nothing.

I’m making that same ham again. And I suspect for many years to come.

It’s based on my mom’s ham. And it’s absolutely delicious!

What to serve with glazed ham 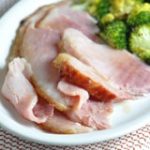 If you buy a half shank ham that is not pre-cut/spiraled, you can score the ham in a diamond pattern using a sharp knife, cutting off the hard rind and some of the fat first. Stud the ham with the cloves, placing them in the slits.

Calories: 142kcal | Carbohydrates: 37g | Protein: 1g | Fat: 1g | Saturated Fat: 1g | Cholesterol: 1mg | Sodium: 9mg | Potassium: 63mg | Fiber: 1g | Sugar: 36g | Vitamin A: 25IU | Vitamin C: 6mg | Calcium: 23mg | Iron: 1mg
Nutritional information given is an automatic calculation and can vary based on the exact products you use and any changes you make to the recipe. If these numbers are very important to you, I would recommend calculating them yourself.