Gooey Apple Cinnamon Rolls is a super easy cinnamon roll casserole that can be enjoyed for breakfast or even dessert! 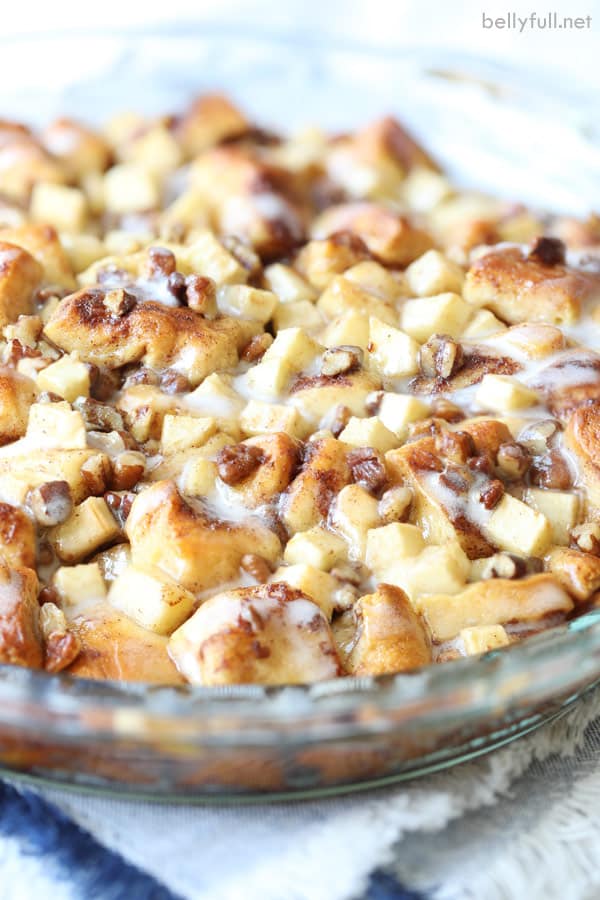 There’s nothing like fresh homemade cinnamon rolls. But sometimes lazy weekends call for lazy food…and also when it’s perfectly acceptable to serve something decadent for breakfast!

That’s where these Gooey Apple Cinnamon Rolls enter the picture.

It uses packaged cinnamon rolls, which are thrown together in an easy and delicious casserole. 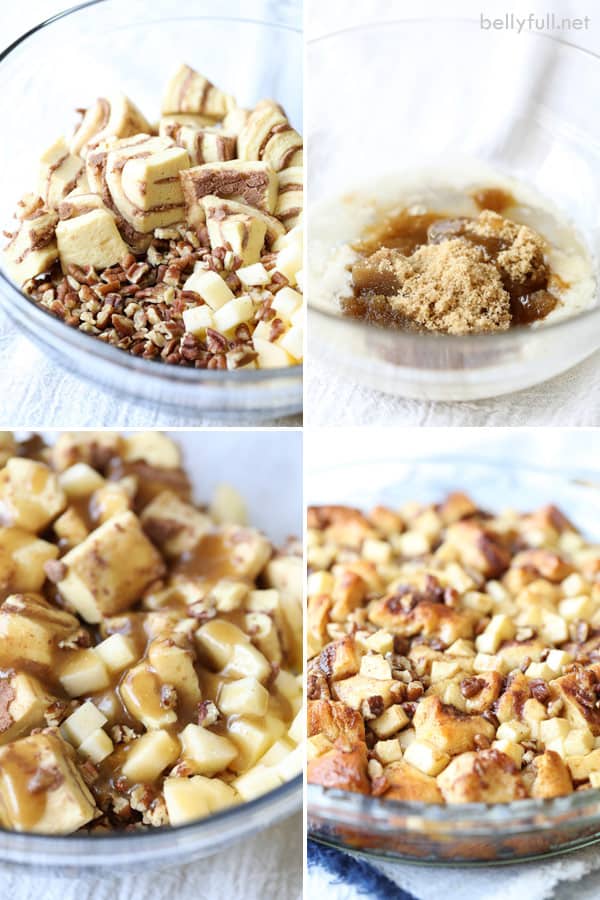 You just quarter the cinnamon rolls, dice the apples, whisk together the sauce, mix it all together, and then bake in a pie plate.

Drizzle the icing that came with the package over the top and you’ve got ooey gooey cheater cinnamon rolls that your family will thank you for. 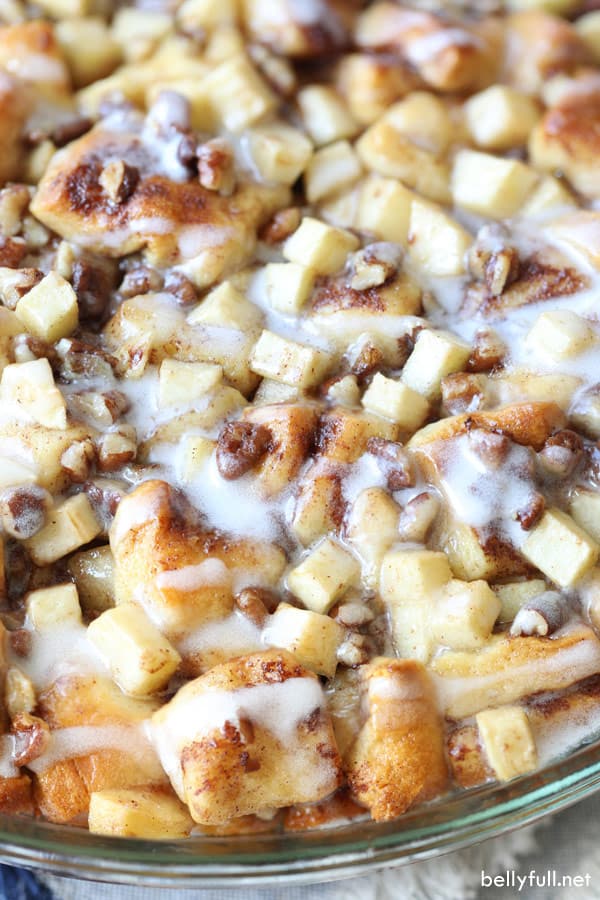 And since it is February, everyone has abandoned their New Year’s resolution diet, right?

I don’t make resolutions…or diet. So I’m in the clear, either way. Lol.

I do believe in exercising regularly, eating most food in moderation, and cinnamon. A LOT of cinnamon. 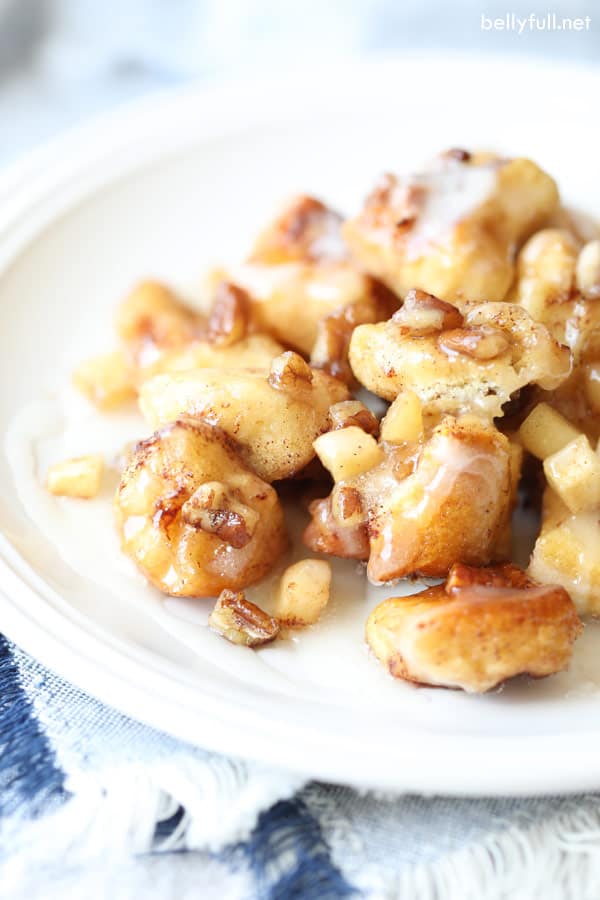 And I whole-heartedly believe I will be making these rolls again. Big hit over here!

other cinnamon rolls recipes we love 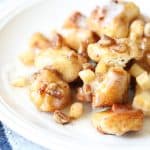 Calories: 371kcal | Carbohydrates: 50g | Protein: 3g | Fat: 19g | Saturated Fat: 7g | Cholesterol: 10mg | Sodium: 415mg | Potassium: 76mg | Fiber: 1g | Sugar: 32g | Vitamin A: 128IU | Vitamin C: 1mg | Calcium: 17mg | Iron: 1mg
Nutritional information given is an automatic calculation and can vary based on the exact products you use and any changes you make to the recipe. If these numbers are very important to you, I would recommend calculating them yourself.