This Cinnamon Roll Quick Bread is buttery and moist, with a hidden layer of cinnamon and pecans, then topped with a silky sweet glaze. So easy and so good! 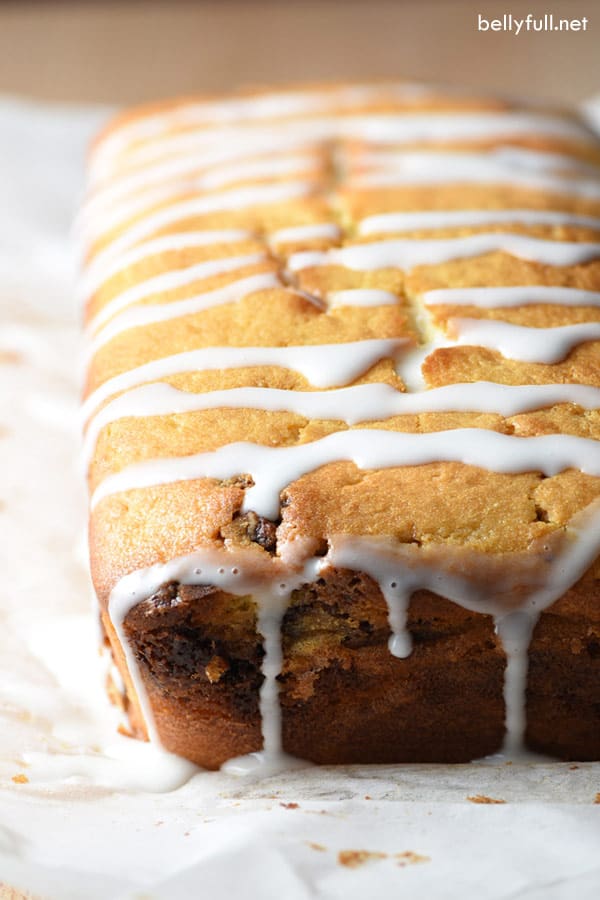 Here is a short list of things I have an absolute weakness for: puppies, freshly baked bread, icing, and anything cinnamon. << Which one of these things is not like the other? Lol. I can’t help it. Puppies are the best.

Anyway, the long list would be about three paragraphs, and pretty much include anything with sugar. 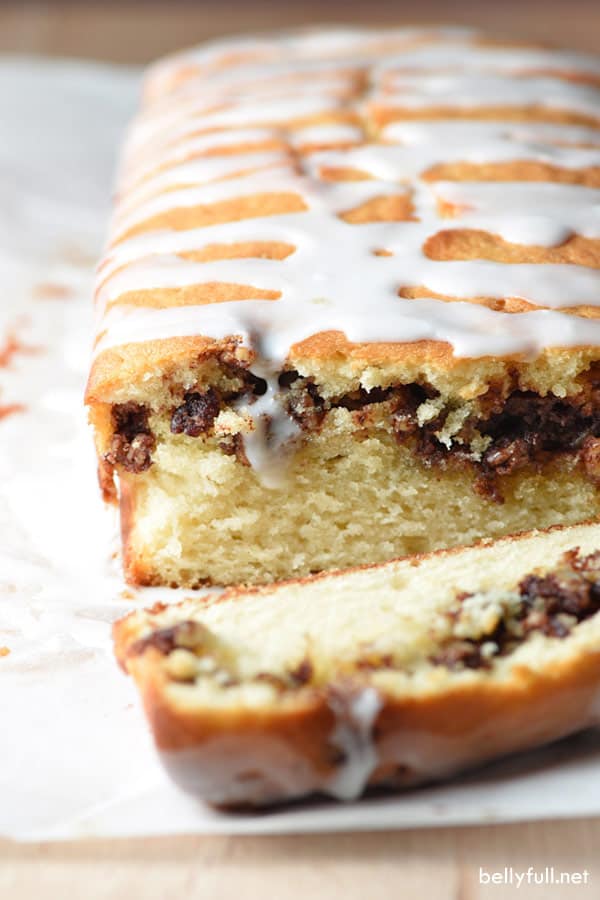 Cinnamon, you guys. I mean, come on. Who doesn’t love cinnamon? Especially if it’s mixed with sugar.

(And for what it’s worth, one of my other favorite spices is cumin. Being similar in color, this can pose a problem if it’s sitting right next to the cinnamon, you’re sleep deprived, and baking. Or so I’ve heard. *cough*) 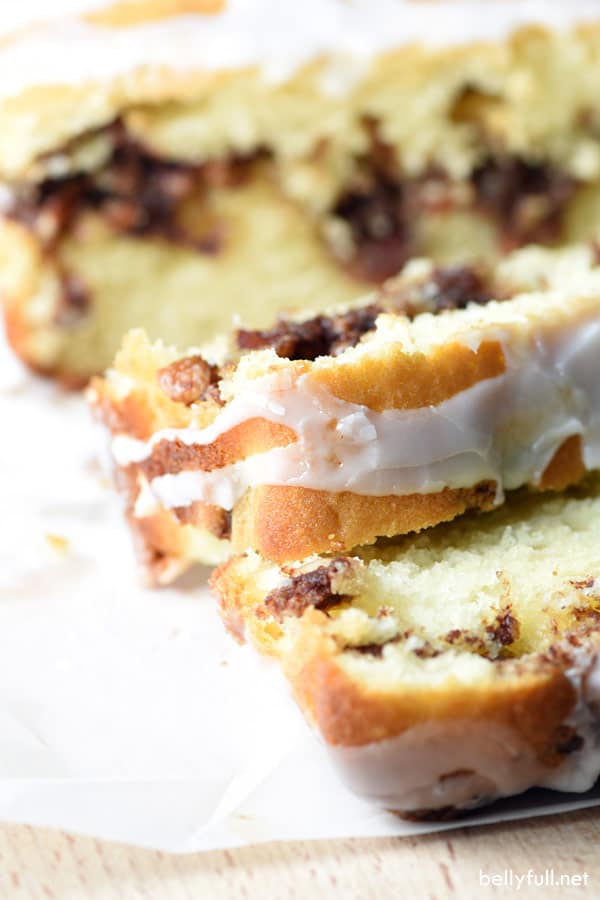 I made this Cinnamon Roll Bread for Passover a few years ago and it was devoured within minutes. Been making it regularly ever since.

Waking up to this every single morning for the rest of my life would be totally ok with me. 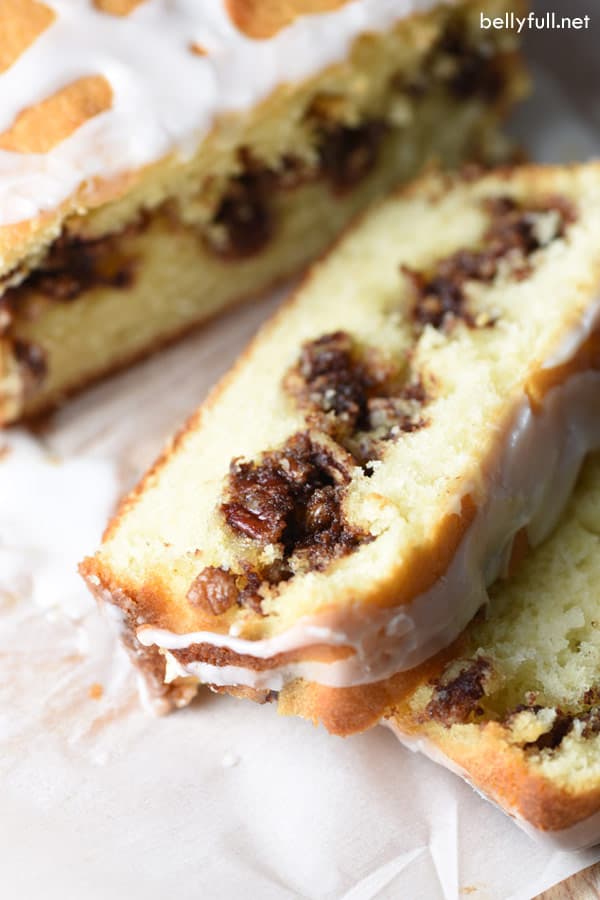 Buttery and moist, with a hidden layer of cinnamon and pecans, then topped with a silky sweet glaze. So so so good!

How To Make This Cinnamon Roll Bread 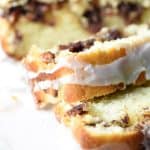 For the Cinnamon Streusel Mixture

Serving: 10servings | Calories: 409kcal | Carbohydrates: 57g | Protein: 4g | Fat: 18g | Saturated Fat: 9g | Cholesterol: 72mg | Sodium: 145mg | Potassium: 152mg | Fiber: 1g | Sugar: 38g | Vitamin A: 470IU | Calcium: 79mg | Iron: 1.5mg
Nutritional information given is an automatic calculation and can vary based on the exact products you use and any changes you make to the recipe. If these numbers are very important to you, I would recommend calculating them yourself.