Mini Cheesecakes with a buttery graham cracker crust, and a dollop of your favorite jam. The perfect sweet bite at just over 130 calories each! 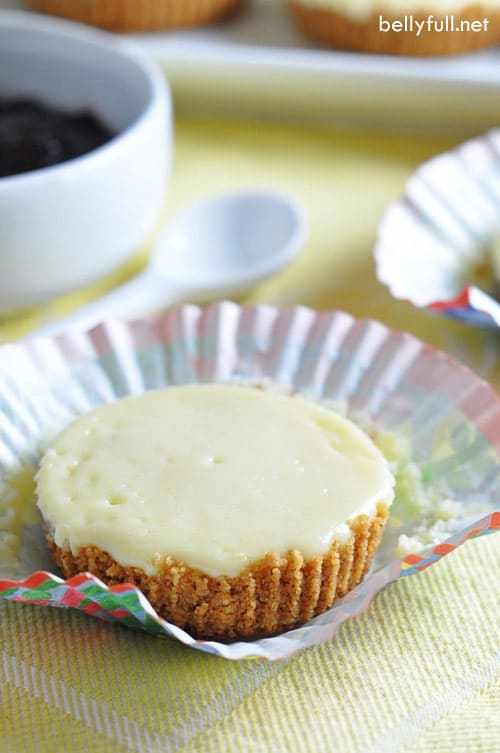 I just can’t handle the fact that Jon Stewart is no longer doing The Daily Show.

I was completely in denial when he announced his retirement months back, thinking nope, this is all some big joke. But then, as the days inched closer to the final show, I knew it was happening.

I got visibly irritated and whiney. Paul was like, “Maybe Trevor Noah will be good.” And I was like, “Trevor…who? I don’t know this Trevor. And he is no Jon Stewart.” *stomps feet*

Then the final episode came. And I cried. I freaking cried over Jon Stewart! And Paul was like, “Babe. It’s ok.” And I was like, “It’s so not ok! Hush!” 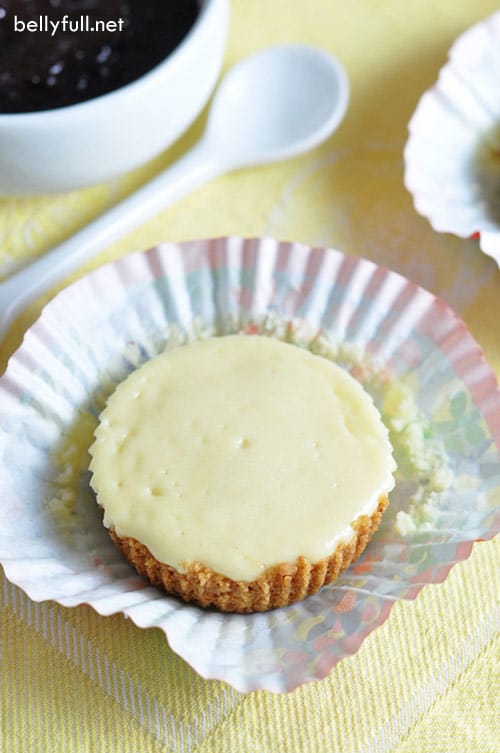 Clearly this is not as bad as when Dan Stevens decided to leave Downton Abbey and nobody knew…until he died! And we were like, “Did Matthew just die? He DID NOT just die????”

I’m still recovering from that one.

At least we had time to process Jon Stewart leaving. Or so I’m told.

Ok. But then… THEN I found out that The Comedians got cancelled after only one season. That show was brilliant. But The Strain got picked up again << garbage!

To put salt in the wound, I just finished the 8th and final season of Weeds. *sob* Admittedly, they sort of jumped the shark after the first few seasons, and it got somewhat silly. But I still loved it. That show forced me out of bed in the morning and on the treadmill for two months, at least. Now I need to find a replacement. 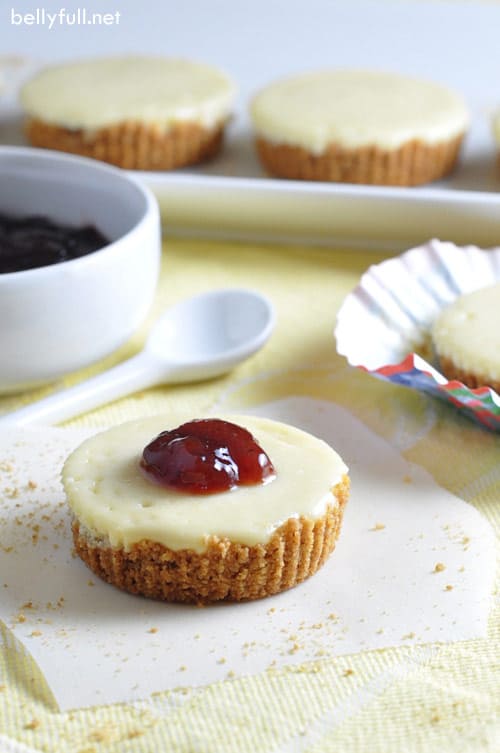 Mini cheesecakes, friends. It’s where it’s at when Cable TV makes you mad. And sad. HA.

These are the perfect bite when you want something sweet, but don’t have room for an entire slice, or are trying to watch your weight. Without the jam, they’re only 130 each! 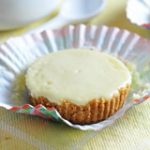 Calories: 134kcal | Carbohydrates: 9g | Protein: 2g | Fat: 10g | Saturated Fat: 6g | Cholesterol: 46mg | Sodium: 91mg | Potassium: 39mg | Fiber: 1g | Sugar: 7g | Vitamin A: 367IU | Calcium: 25mg | Iron: 1mg
Nutritional information given is an automatic calculation and can vary based on the exact products you use and any changes you make to the recipe. If these numbers are very important to you, I would recommend calculating them yourself.

0riginally from Taste of Home